Back in 1986, whilst still a teenager, the double bassist and composer GARY BRUNTON, exchanged the grimy streets of Burnley for the metropolis of Swansea. But dreams of being a professional musician were already urging him to fly further afield. At the same time, the pianist BOJAN ZULFIKARPASIC (‘Bojan Z’), was also on the road, fleeing his native Serbia. In 1988, the two young musicians found themselves in Paris, and quickly became firm friends in their mutual exile. They enrolled to study at the CIM, a prestigious school of jazz, founded in Paris in 1976. At the end of this first year together, Bojan suggested that the pair head to Yugoslavia for a summer school with REGGIE WORKMAN (John Coltrane, Art Blakey…). Upon returning to Paris, Gary and Bojan immersed themselves in the local jazz scene, staying out all night, sitting in on sessions, entranced by encounters with the drummer SIMON GOUBERT, and inevitably, catching the ‘Noctilien’ (the Paris night bus) home in the small hours.

Tempus fugit « Time flies… »
Life gets in the way of art: time passes and friends drift apart.
Fast forward to 2017. Gary catches Bojan after a concert with Michel Portal. Something clicks into place, like the missing piece of a jigsaw. As they compare their different paths, they realise, with some regret, that they’ve never tried to mount a project together. The idea grows and nags and won’t let them go.

Gary already has a substantial portfolio of compositions but, taking inspiration from this reunion, he begins to write new work, already imagining the infinite possibilities that this collaboration could offer. He brings Simon on board and, finally, a magical trio takes shape.
And so NIGHT BUS rumbles out of the depot, revving up its engine and hiding in the back streets of Paris, poised to make its maiden voyage at last.
In search of lost time « À la recherche du temps perdu… ». Spring 2018. Gary, Bojan and Simon start working through Gary’s pieces.

By November they’re ready to record an album and Gary approaches PAUL BESSONE from JUSTE UNE TRACE to take on the role of producer.
In April 2019, NIGHT BUS record their first session together, at STUDIO SEXTAN, La Fonderie. VINCENT MAHEY engineers and EDOUARD FERLET comes on board as session producer.
In December 2020, NIGHT BUS record SECOND TRIP with Vincent Mahey and FRANÇOIS JEANNEAU as producer.

NIGHT BUS capture the infinity of jazz, pushing through the currents of their different musical experiences to unite in one single, effortless flow that defies category. You can actually hear them listening to each other, cajoling each other to move ever onwards; teasing and playful but with a dazzling virtuosity that allows each instrument pride of place in turn.
NIGHT BUS shimmers with the glow of comrades in arms, punctuated by sharp musical twists that evoke schoolboys in the playground, scrapping and running after a football. As the music leaps off through the passing years you grow with them, finding yourself linking arms with three lads, off on a night out together.
But listen again, closely this time, and you’ll catch a simple tenderness and delicacy that marks maturity and home coming.
The complicity between these old friends, at last reunited, is nothing short of extraordinary. 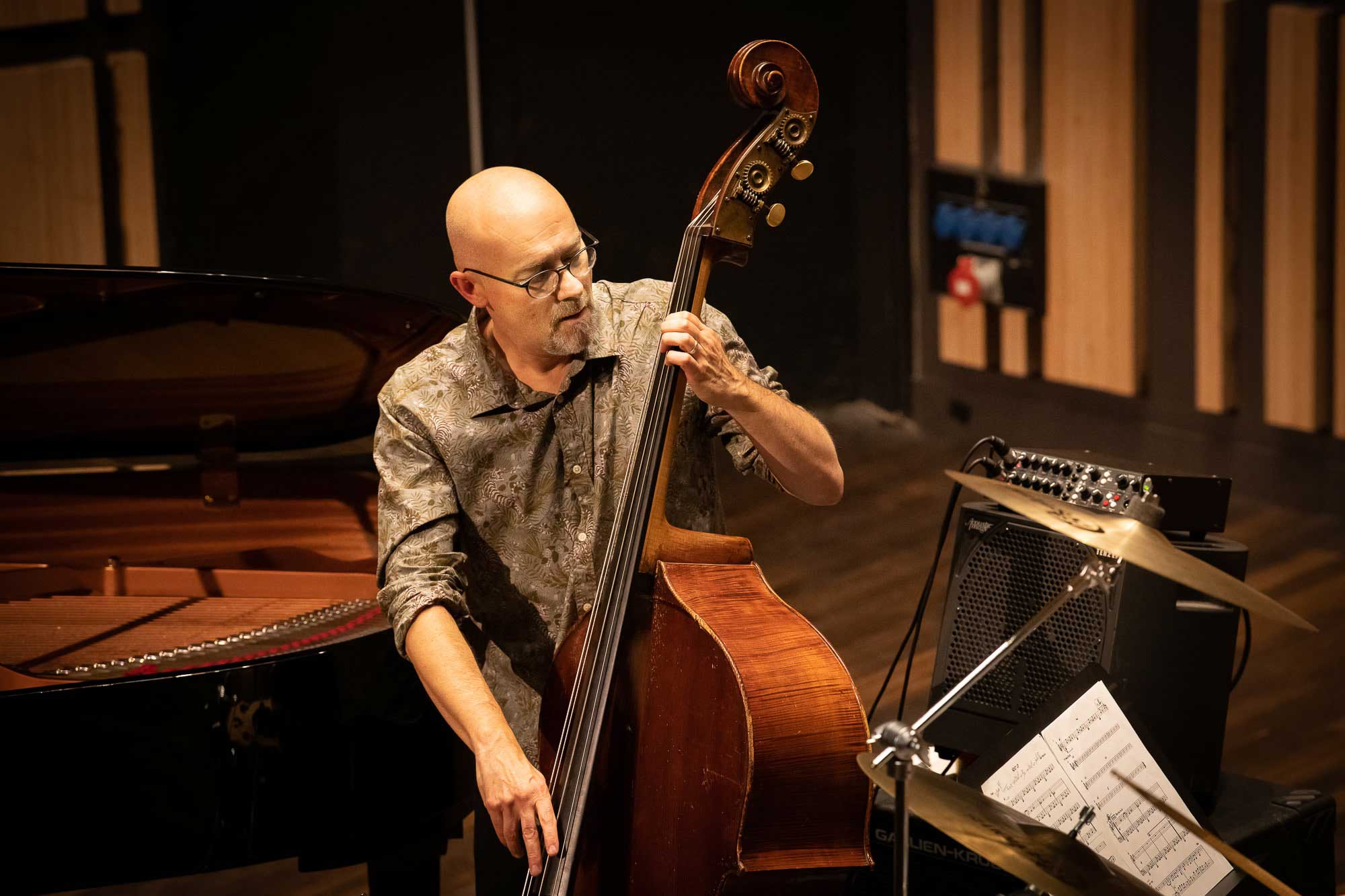 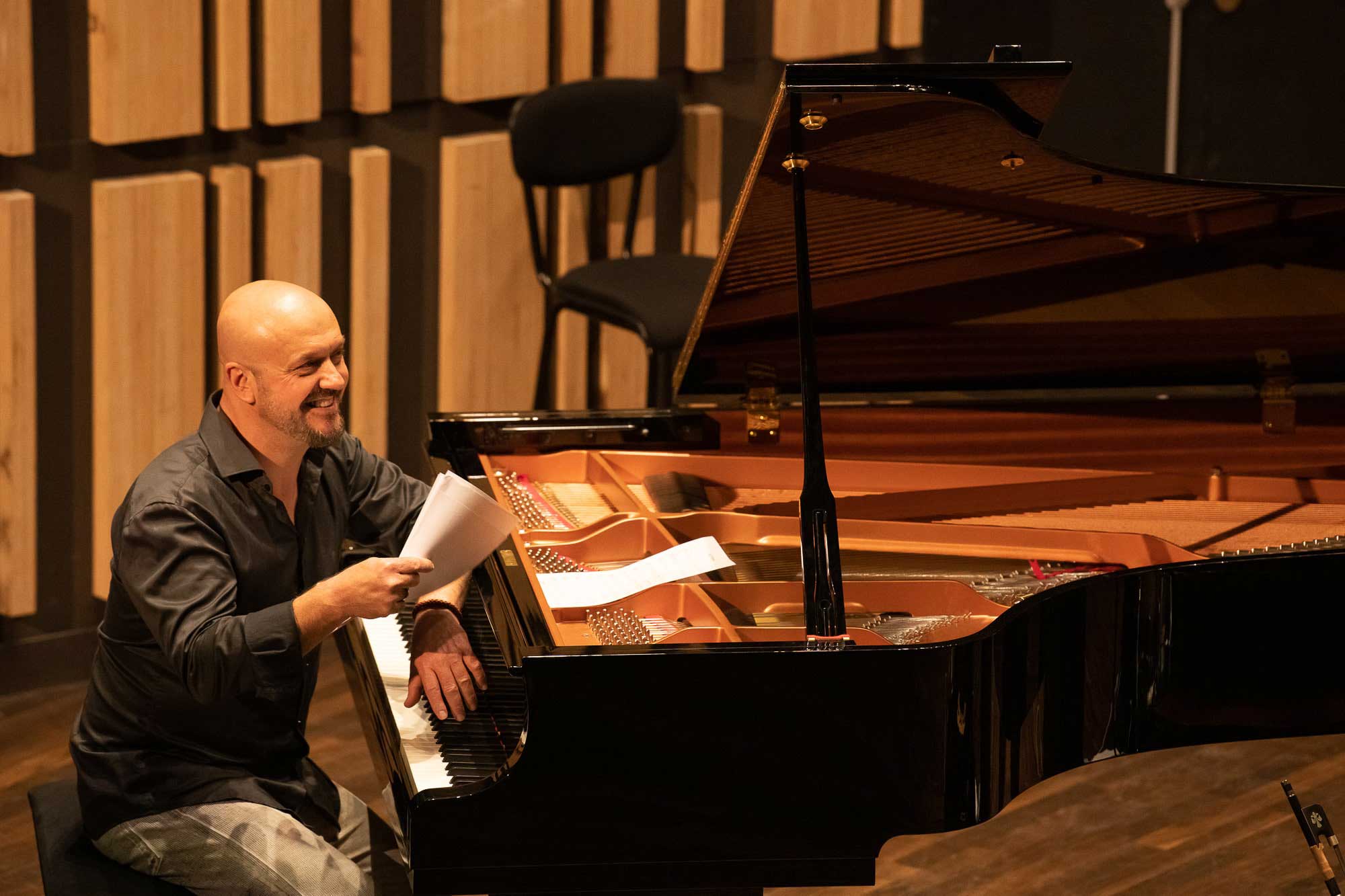 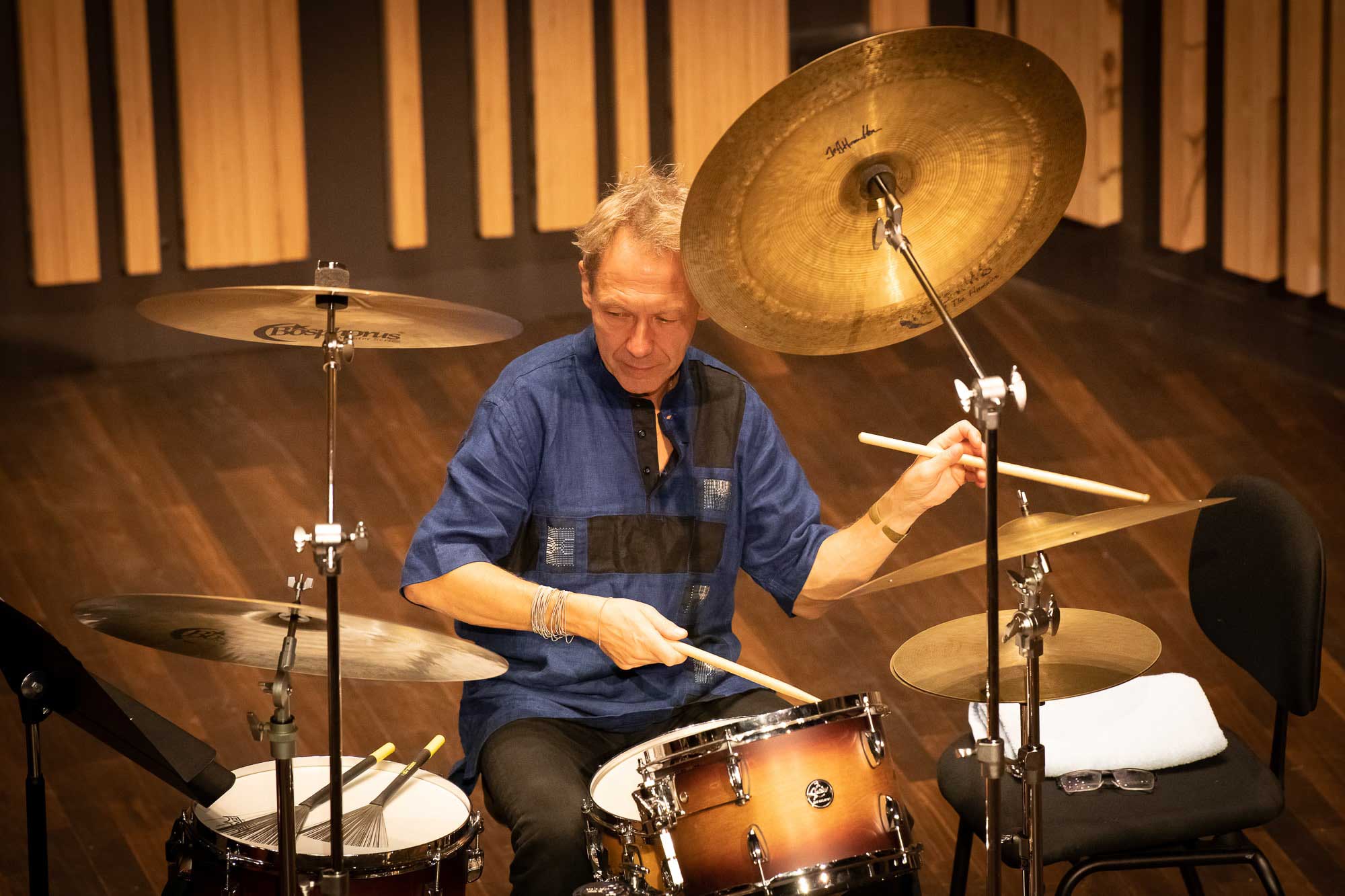